Back to Blog
Does Tesla Actually Have A Production Problem?

Ever since taking in 450,000 reservations for the Model 3 the constant question plaguing Tesla has been, can the automaker actually produce enough to fill those orders?

Its a valid question, when the Model 3 was announced in 2016 Tesla only produced around 83,000 Model S and Model X vehicles total. Expecting a ramp up to over 250,000 on a single model seemed crazy at the time. On top of that was Tesla's history missing deadlines and delivery dates, giving just about everyone pause as Tesla CEO, Elon Musk, continued to beat the production drum.

Fast forward two years and Tesla is well behind its originally stated goal of 5,000/week by Q1 2017, having been pushed twice and now projected for Q3 2018, but the true question is does Tesla actually have a production problem? 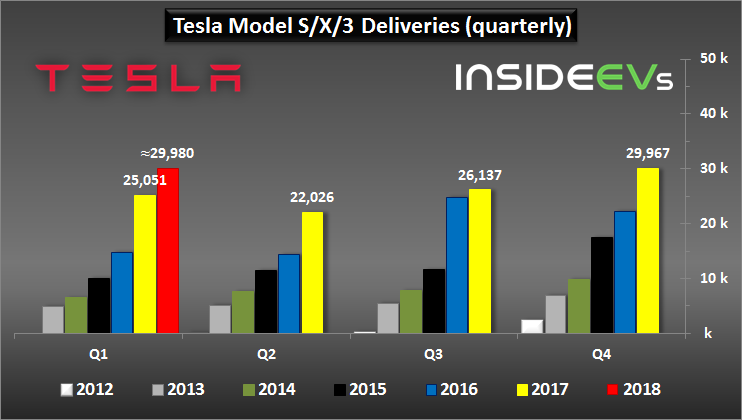 While Model 3 production has been slow it is growing, recently hitting 2,000/week, doubling its output from just under 1,000/week when the year started and putting Tesla on track to produce more than 100,000 Model 3s by years end. Naysayers have consistently pointed out that 100,000 vehicles is nothing compared to what other auto giants produce of their best selling models.

However, comparing EV production to long established gas-vehicles is not a great comparison. Just like comparing charging stations to gas stations isn't a great way to understand how they work. So why not look at another auto giants EV efforts to see just how they stack up. 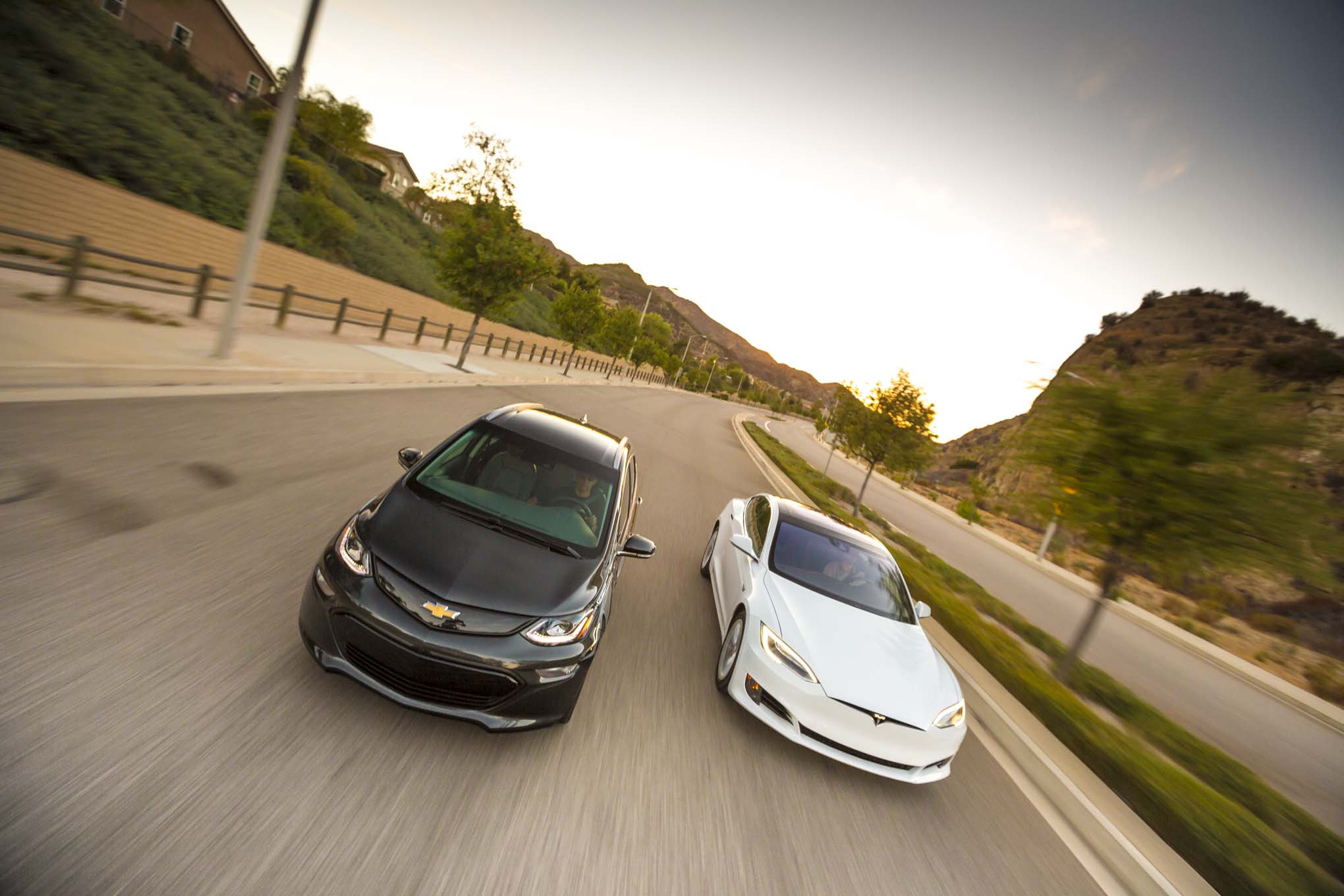 The best comparison to pit against the Model 3 is Chevrolet's Bolt EV. It has about the same size battery, roughly the same asking price, and has been widely applauded for its rapid rollout and production. While Chevy did do an amazing job in getting to market well before the Model 3 their production ramp was nowhere near as good.

According to Cleantechnica after nine months of production Chevy had produced roughly 1,000 Bolts. Meanwhile, in that same time frame Tesla had produced over 10,000. Thats a pretty big difference, especially when you consider the standard line is companies like GM can produce 100,000 vehicles without issue. While GM could no doubt produce more vehicles it appears that Tesla is no slouch either and lets not forget Tesla is still producing Model S and X at the same time.

Tesla may have wildly overestimated their ability to produce cars at scale, but they have done far better than the competition at producing EVs, plus Tesla can claim one more advantage in their production model.

The Ace In The Hole

Its no secret that Tesla is getting hammered for its perceived slow production and constant missed deadlines, but there is one reason Tesla stock seems nearly impervious to this bad news and its this, profit.

While its estimated the Chevy Bolt loses GM ~$9,000/vehicle, the Model 3 has a base price margin of 25% meaning Tesla makes about $9,500/vehicle. Not to mention its longer range model carries a higher margin and its many software add-ons have around 75% margins across the board. This means while most every other automaker is losing money on EVs, Tesla has found a way to make a lot of it.

So while the hot takes will continue to spell doom and gloom for Tesla and the Model 3, the statistics are bearing our a different result. Tesla may have missed on its lofty expectations, but it is a long way from actually having production problems.