Back to Blog
The Future of Mobility - Wireless Charging 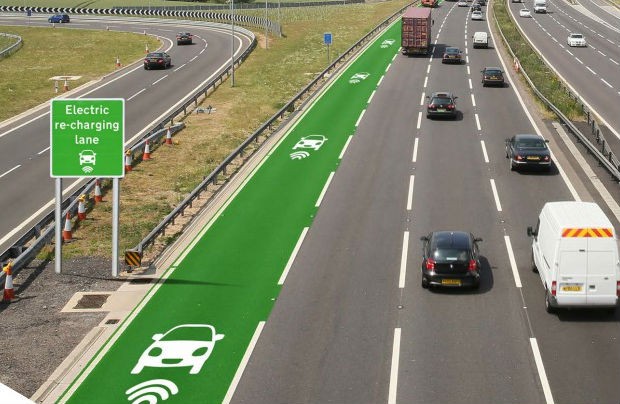 Even though the EV market is starting to heat up, it's important to note that we are just at the beginning of a new wave of mobility.

Is wireless charging a reality or just futuristic pipe dream?

Starting with wireless charging, this will be an on-going series looking at each one of these new, potentially groundbreaking, mobility innovations to see how they fit into our current world, how they could be implemented and if/when we will ever see them mass produced.

Surprisingly (or not depending on when you were born) wireless charging is already implemented in quite a few devices but it has yet to truly make a massive breakthrough. Some companies actually sell wireless charging technologies for EVs, but is wireless charging a reality or just another futuristic pipe dream?

Let's break it down.

The first thing to know about wireless charging technology is that it's real and it works (sort of, but we'll tackle that a bit later). It's implemented in phones, watches, even some EVs, in fact, it's such a well-known concept that some cities have already laid out plans to build wireless chargers directly into city streets paving the way (excuse the pun), for essentially infinite mileage. While it seems like this technology is on the cusp of a breakthrough, it does have some major drawbacks.

Distance Is A Killer

Distance in wireless charging is key. Not in how far the vehicle travels but how far the battery is from the actual charger. Anyone who has used this technology in their smartphone will recall that the phone doesn't start charging the minute you walk into the room, you have to physically place it on top of the charger in order for charging to begin. The reason for this can be boiled down to something rather simple, the further away the battery is from the charging source the more power that is lost in the transfer.

Even when the battery sits directly on top of the charger there is still some power loss, which is why it actually takes longer to charge a phone wirelessly as opposed to plugging it in. The problem is exacerbated when dealing with EVs simply because the vehicle cannot rest directly on top of the charger, making the power loss even more prevalent.

Level 2 chargers already take 8-10 hours to charge a Tesla from 0% to full and in an age of Superchargers its hard to envision someone willfully choosing a slower, more wasteful charging technology. However, that's if we are still installing in our garages. If we built this technology into our roadways charging speed shouldn't matter. Unfortunately, something else does.

While building the technology into roadways alleviates the issue of charging speed, it complicates costs... A lot. Because power loss due to distance will be an issue the best way to implement the technology is directly into the concrete (as it's the closest thing to the battery) and that is going to make costs skyrocket.

Repaving roadways is already a time intensive and expensive activity, now imagine wiring each individual concrete slab for power, then consistently monitoring each to ensure its working optimally. If something needs a fix the entire slab needs to be dug up and relayed. Now imagine having to implement this system in every road in a city (let alone the country). The costs here are monumental and that's before we even consider the amount of power wasted in the transfer.

Even implementing this only on highways would be astronomically expensive and very few cities would be able to pony up the upfront costs required to get such an initiative underway and that's before the ongoing costs are even considered. While a great idea in theory, its likely we won't ever see such an idea rolled out en mass.

Where Do We Go From Here?

Before you start filling up my twitter feed with hate mail (hate tweets?), let me say this, while wireless charging today is a pipe dream, that doesn't mean it will stay that way. In fact, technologies are already being tested that overcome some of the major issues with wireless power transfer.

Getting the power loss down has been a consistent issue, but one that is increasingly improving over time and its not a huge leap to think that the industry won't eventually head in this direction. Once the distance issue is resolved the cost concerns start to disappear too. Installing wireless charging into street lamps instead of roadways would dramatically lower both the upfront and ongoing costs, allowing for a financially feasible roll out of the technology.

Will we ever see this in our lifetime? Maybe. However, much like the computer revolution of the 1980s, we likely have a decade or more before we reach the full potential of wireless chargers, but each year we get closer to making it a reality nad that's something to be excited about.