Back to Blog
The Next Industrial Revolution Is Renewable 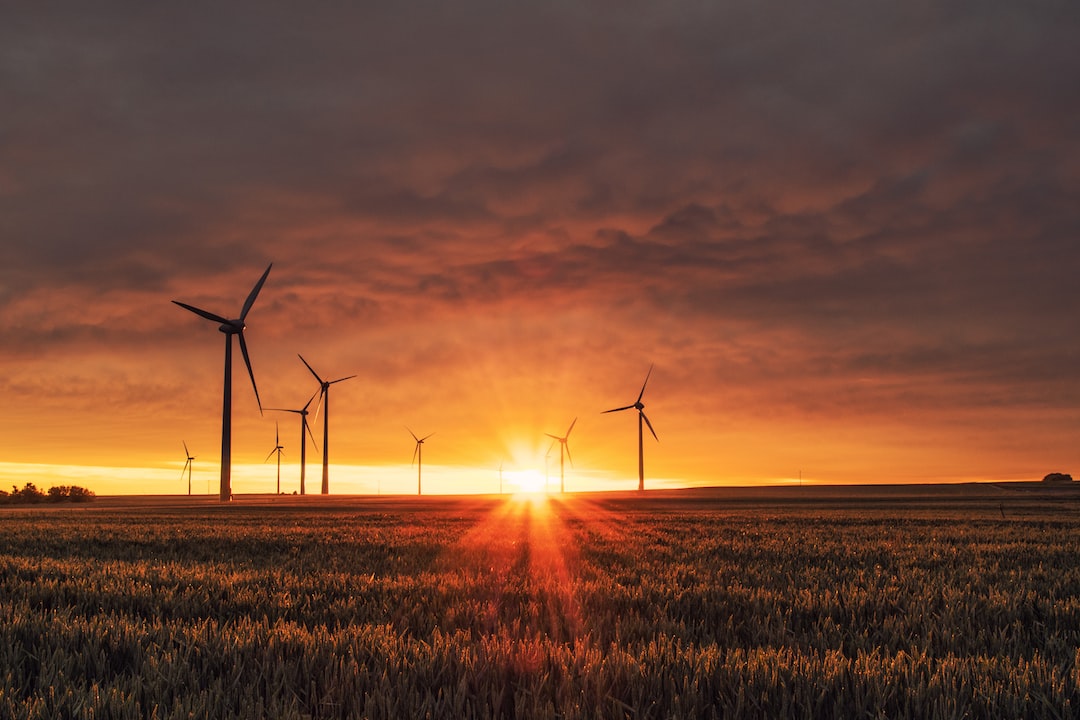 Since the dawn of the industrial revolution energy resources have been the cornerstone to the world economy and the tipping point for many conflicts. Nearly every aspect of our modern life requires us to dig out more and more resources in order to sustain our standards of living. While some countries have seen this quest for resources as a huge boon to their economy and their respective ways of life, many others have been left far behind.

Those countries that cannot complete for energy resources are forced to leverage what little they do have just to keep pace. Some even resorting to completely decimating their local ecosystems just to bring revenue to the country to afford an increasingly higher demand for energy. The countries that do have an abundance of energy resources also ravage their ecosystems in trying to produce ever-growing quantities to satisfy the world market.

This vicious cycle has seen our global climate take a beating. Air quality around the world continues to worsen as temperatures increase every year. However renewable energy just might be our way out, and if you're in a region of the world that is lacking in oil, coal, or natural gas renewables serve as a very real way to overcome this general lack of resources.

The Dawn of the Sustainable Revolution 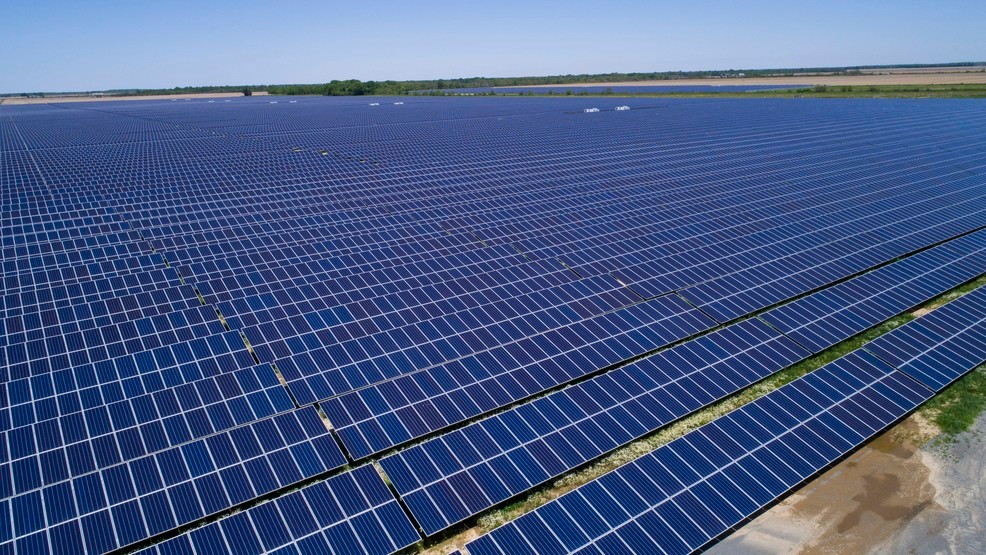 Believe it or not, we are at the beginning of a brand new era in human history. If the industrial revolution ushered in a new age of mass production and wealth, the sustainable revolution will bring with it a new age of equality. While it doesn’t seem like it right now changes are happening in the energy market that will flip the world on its head. While we still have some major hills to climb renewable resources represent a future where energy is no longer an expensive commodity, both financial and environmental, but one that can cost next to nothing to produce and store.

Recently energy markets all over the world have seen record lows in energy production bids thanks to the advent of bigger and better wind and solar technologies. These bids now come in so low that traditional energy companies have started shuttering existing plants even when those plants were newly built. The cost of solar and wind energy has been plummeting and a view of the new energy economy is starting to take shape. This, however, is not all rose-colored at it seems.

Sunshine is Free, Lithium is Not

As we begin to build this new future we cannot forget that we still have a long way to go. Most notably in the recycling of batteries. While wind and sunshine are free, lithium is not and we are going to need quite a lot of rare earth materials to ensure a battery-powered future is possible. While we continue making strides forward we are not nearly at the stage we need to be to have 100% renewable energy. Although, we are getting very close.

Rare earth elements are the lifeblood of the renewable market. When the sun isn’t shining and the wind isn’t blowing we will need energy reserves and that's only possible with battery storage systems. These systems require all sorts of rare earth materials to create the batteries. The dirty secret here is that rare earth is not all that rare, it's just very expensive and environmentally unfriendly to mine.

Today mining for lithium is a dirty business, like all mining it does no favors to the Earth or its inhabitants. While its a far cry from the horrors of some Koch brothers fueled smear campaigns, it is not friendly to the environment in the same ways any kind of mining or drilling is. The silver lining in all this “dirty” rhetoric is that unlike oil, coal, natural gas or even uranium we have discovered that batteries can be recycled in some cases with stunning results. We have not yet found the key to recycling these batteries perfectly, but if recent studies are found viable we are certainly getting very close.

That's the real key to renewable energy, that much of it is completely renewable right down to the batteries used for storage. Its because of this that many energy providers have started to pivot to renewables, they can see the writing on the wall. They aren’t making the switch because its better for the environment, they are making the switch because fossil fuels simply cannot compete. 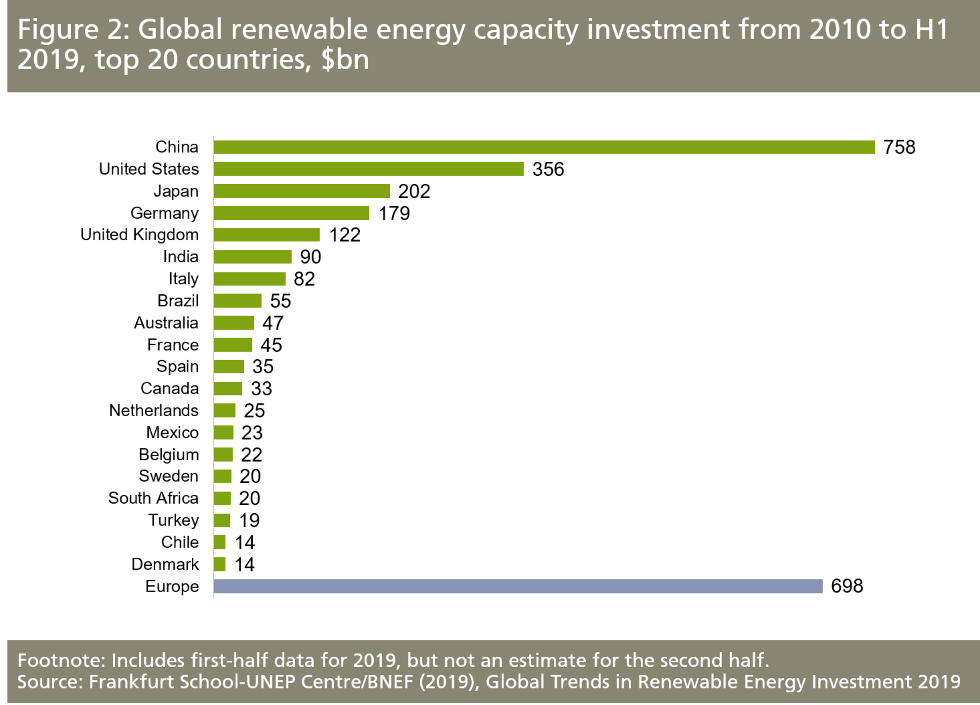 The places around the world that serve to benefit the most from all of this are the ones that haven’t been sitting on an ocean of oil or whose populations have grown so rapidly that coal-fired plants are poisoning the air they breathe. Not only has that level of pollution caused a great deal of embarrassment, its actively stifling growth. If those would be world powers really want to flip the switch they’ll need to get off coal soon.

To see this in action, look no further than China a country plagued by smog and pollution. Coal allowed its economy to skyrocket, but it also had a similar effect on the environment. For a good amount of time it seemed as though the Chinese government would allow this to continue unfettered, that is until the 2008 Olympic games happened. The world watched as the country desperately tried to reduce smog up to the start of the games and while they were successful they also laid bare the very real problems of smog their cities face.

Since then China has become a world leader in renewable energy investing, consistently lapping the world in dollars spent. Over the past five years, China has invested over $600 billion in renewable energy. To put that in perspective the European Union invested a little more than half that amount ($350B) and the US a little over a third ($250B). Its true China is also playing catch up to other established global superpowers, but they have made clear their intent to free themselves from the yoke of fossil fuels. To see just what this kind of future can look like, Americas only need to look in their back yard. 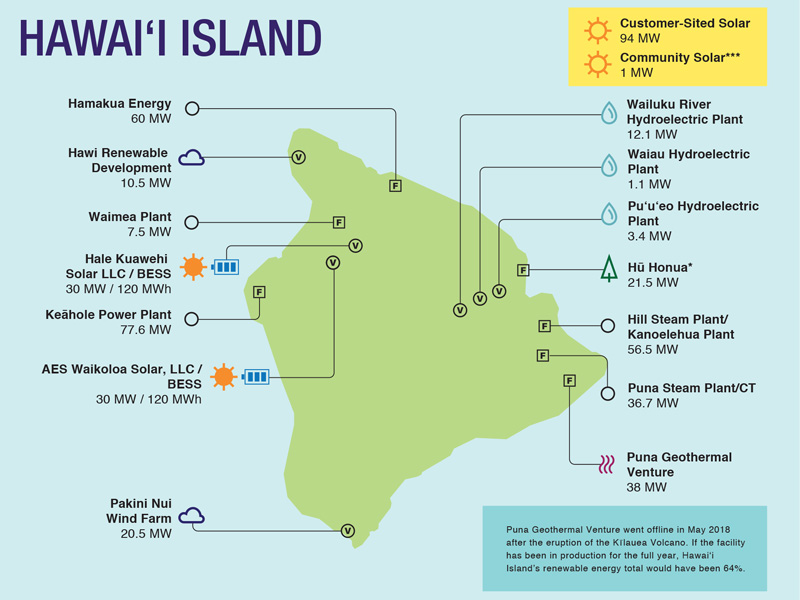 The Hawaiian Islands are a natural wonder, crystal blue oceans clash with emerald green cliffs creating stunning views of natural wonder. Hawaii was blessed with many things, but access to natural resources is not one of them. Of all the States, Hawaii is the one that serves to gain the most from access to cheap renewable energy and its main energy provider is doing everything in its power to ensure that Hawaii becomes the first 100% renewable energy economy.

Hawaiian Electric has made substantial investments into renewable energy and its beginning to show. In 2018, over a quarter of its energy supply was made up of renewable sources and that has a very big impact on the bottom-line, not only for the company but for its customers as well. Renewables have reduced a lot of overhead and allowed the company to pass on those savings to shareholders and customers alike.

This is important because Hawaiian citizens pay more than double the price per kWh than the rest of the US. This has long held the Hawaiian economy back, forcing greater and greater resources into simply powering homes and offices. However, all these investments will save them over $1B over the next 15 years and they aren’t stopping there. By 2045 the state has made plans to reach 100% renewable energy, completely freeing many homes and businesses from the burden of those high electric and gas costs.

Renewable energy will have a completely transformative effect on economies all over the world. Countries that once were dependant on oil exports can invest that money elsewhere, into roads schools, mass transit, affordable housing, and a slew of other social projects. By doing this the imbalance we have seen for much of the 20th century will begin to correct itself. Sure there will still be rich and poor, but when energy is nearly free that gap will not seem as insurmountable as it once was.