The Numbers Are In, Automakers Should Be Worried 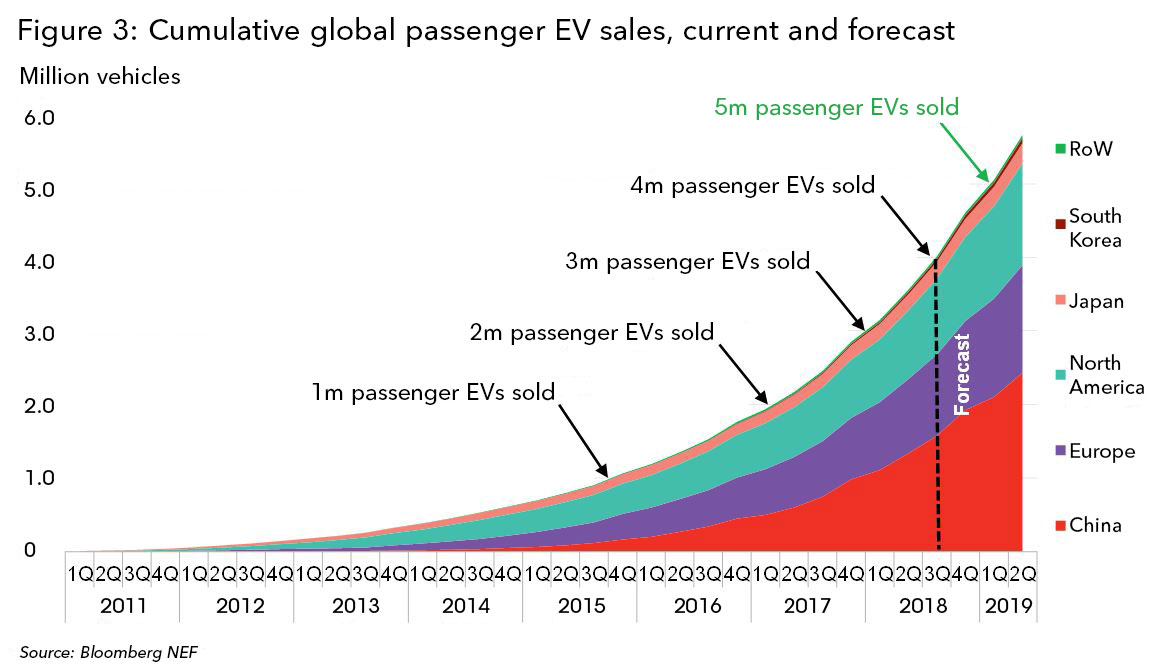 Lost in the endless swirl of Elon related news was just how fast the electric vehicle industry is growing. While still just a speck compared to the overall vehicle market some recently released numbers should have major automakers running for the hills. The end of days for traditional gas-powered vehicles isn't here yet but things aren't looking up and if things continue the way they are electric vehicles are going to take over the auto industry much faster than anticipated.

Globally the EV market share is tiny, just surpassing the 4 million mark and making up roughly one-half a percent of the total vehicle count. By looking at things this way its easy to write EVs off as a passing fancy rather then a growing trend. However, this would be a mistake as global electric vehicle sales over the past two years have been rapidly accelerating.

It doesn't take a genius to look at the trend to see where this is all headed. People want EVs and with the continued push by most major nations to hit certain adoption milestones things are starting to rev up even faster. The demand is clearly there, the only thing slowing down adoption is the supply. While Tesla has gone to great lengths to speed its output many of the other auto OEMs are content with simply dragging their feet. With Audi going so far as to limit the sale of their new e-tron line to 'special order' only. It seems extremely short-sighted to do this as Tesla continues to eat away at their market share.

Tesla, The King of Luxury

Tesla, by any measure, is not a large automaker yet. By years end they'll produce roughly 200,000 vehicles which doesn't even come close to cracking the top 20 largest automakers in the world. Once again these numbers are deceiving, as Tesla will nearly double its output from last year, but more importantly they have started to dominate their individual classes and taken over two of the luxury class markets. 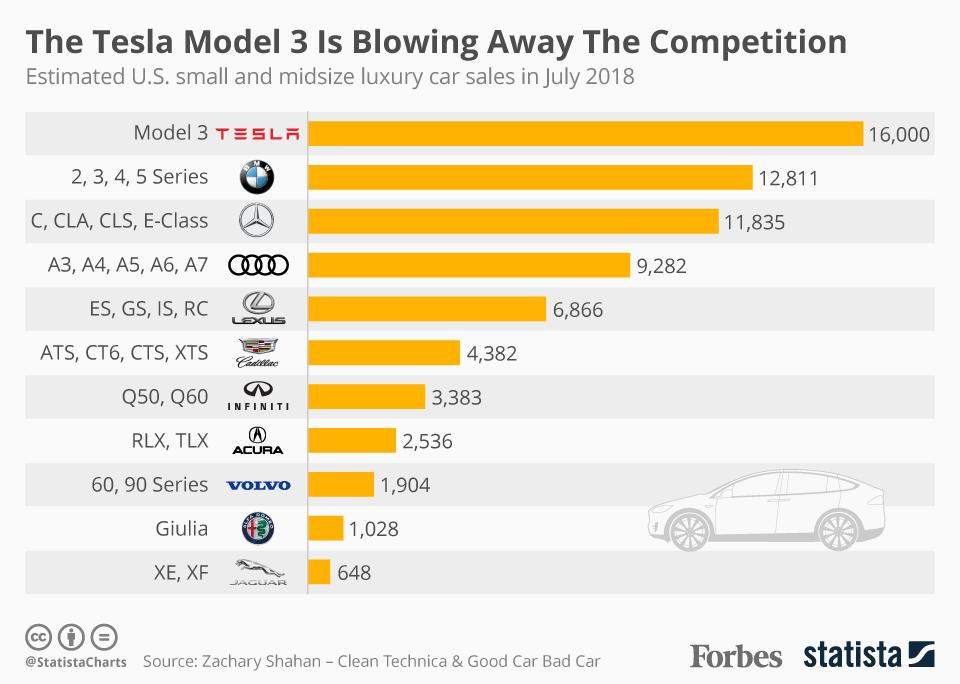 Their overall market share is nothing near that of Volkswagen, but the simple fact remains that they are dominating their like-for-like counter parts. If they could scale to the size of a GM or VW and had vehicles in every market class odds are good they would own those markets too. The Model 3 is dominating the competition across the board and that doesn't even include the original Model S or X.

Its clear that Tesla is not only the undisputed king of EVs but they are well on their way to owning the all the luxury car market as well. Which should make the likes of Audi, BMW, and Mercedes very nervous. 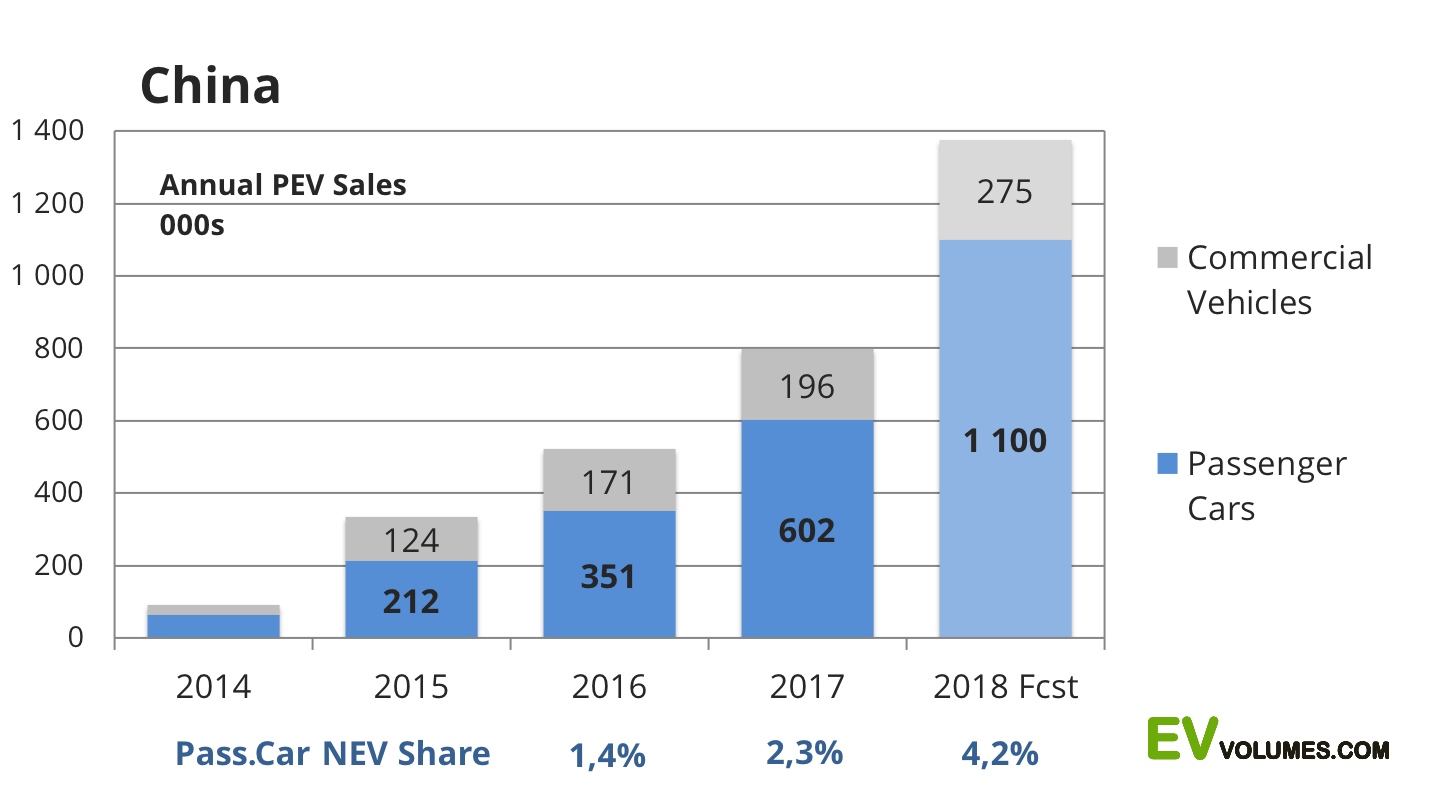 Quiet possibly the strongest headwind for electric vehicles is their ever increasing popularity in the world's largest car market. China has done quiet a lot to grow their EV market over the past three years instituting lots of incentives to new car buyers in order to bring air pollution under control. The thing to remember is that just three years ago the Chinese EV market didn't really exist.

While the trend of doubling every year isn't likely to continue its easy to see that the EV market in China is strong. Especially when taking into account commercial vehicles like city buses. All these roads lead the same place, electric vehicles are starting to take over the auto industry and if traditional automakers don't step up in a big way they'll end up left behind.