Why EverCharge Was Named One Of The Best Automotive Startups

The automotive industry is in a time of massive change. Fundamentally shifting their focus from gas-powered human operated vehicles to electrified autonomous driving machines. This is a massive leap forward for an industry that has remained relatively unchanged for the better part of the last century.

This new found innovation cannot be understated, especially in a time where fewer young people express an interest in driving. Who can blame them too? Owning a car once represented freedom to go out and explore the world, however now that same freedom is accessible through rapidly modernized urban transit solutions like Lyft and Uber.

While at first glance it seems fewer vehicles will sell, in fact, the world we are really moving toward isn't one with lower vehicle ownership, it's one with fewer drivers.

Look no further than General Motors to see where the automotive industry is headed. With investments totaling over a billion dollars in the past year in companies like Lyft and Cruise, it's plain to see GM wants to help build the world's largest autonomous EV fleet, and they aren't alone. Tesla, Ford, BWM, VW, Toyota and even Apple have made substantial investments in autonomous vehicles and ride sharing services. Each company envisions a future of electric, self-driving, shared fleets and that's where EverCharge comes in.

The Electric Future is Going to Need A Lot of Plugs 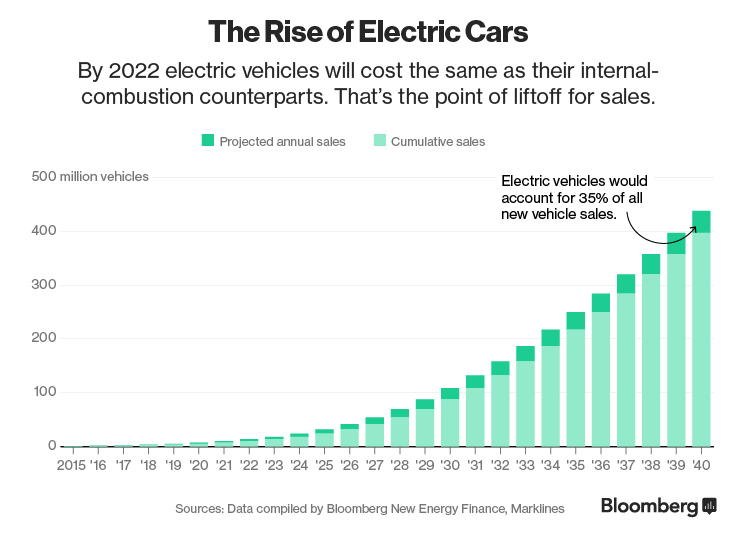 Simply put our cities, buildings, and garages were never designed to power our vehicles. This causes major pains for governments and building owners trying to install EV charging stations. Not only is bringing in the power needed fairly difficult but it's also extremely expensive. To get more than a handful of chargers installed can cost upwards of $100K per building and that investment may only get the building to 10 chargers. Trying to build out an entire EV fleet with thousands of vehicles requires a lot of plugs and those plugs will bankrupt most building owners.

Building owners had planned power for 25 chargers, however using EverCharge technology we can install a charger in all 125 spaces.

EverCharge however, created a smarter solution. Instead of trying to continually bring in more and more power we decided to use the power available to its maximum efficiency. Our system gets can conservatively install ten times more chargers than a traditional solution without the additional investment in infrastructure, saving building owners thousands in install costs. This isn't a vaporware dream, this is a reality and is already installed in a large number of buildings nationwide.

Where things truly get interesting though is when EverCharge is implemented in new developments. When that happens we don't just cover a few spaces, we can install in all of them. A perfect example can be found in San Francisco, where building owners had planned power for 25 chargers, however using our technology we can install a charger in all 125 spaces.

It's this kind of unmatched expandability that the automotive industry needs in order for the EV market to truly take over and it's why EverCharge was added to the impressive list of top startups this year.