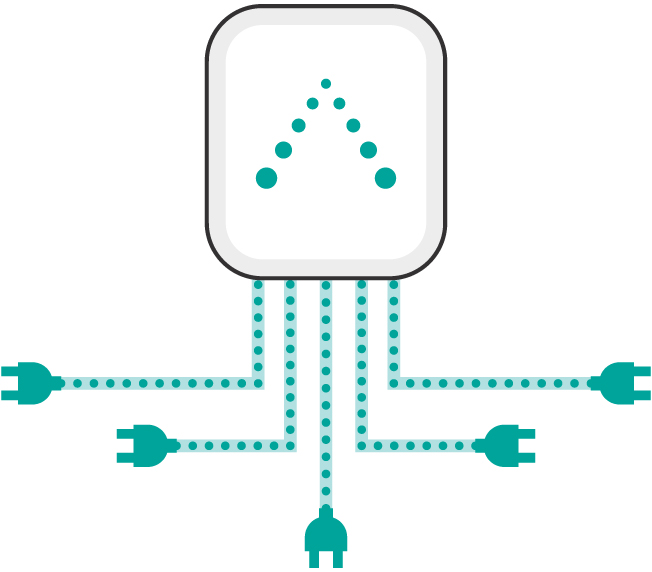 There’s a very simple reason electric vehicle charging isn’t everywhere. Our parking spaces, garages, nor city streets were ever designed to power our vehicles. This means in most places that you park your car there isn’t much available power.

After all the lights, garage doors, elevators, escalators, and fans most of the power has been accounted for. Adding in anything larger than a few lightbulbs is most likely going to be a significant cost to bring in additional power. Depending on how stretched that system is, these costs can go from the low ten-thousands all the way into the hundreds of thousands very quickly.

For too long this was the established model for how EV charging was added to existing parking structures. Forcing building owners and residents to invest huge sums of capital to add a handful of chargers, only for the process to repeat itself in a couple of years when that handful of stations is no longer viable. This never-ending cycle of constantly upgrading the electrical infrastructure isn’t sustainable and will lead many to simply abandon any efforts to allow stations to be installed.

The silver lining here is that technologies do exist that can overcome these obstacles. Not by constantly adding more power supply but by simply using the existing power infrastructure more intelligently.

The biggest problem isn’t the lack of power its the lack of technology. Every building has more than enough power to supply a large number of EVs, the issue is that those same buildings are using systems that don’t allow power to flow where and when it’s needed. Instead, most building electrical infrastructures “block off” huge amounts of power that it has reserved for different functions whether they’re in use or not.

For example, a garage door running on 100A of power isn’t constantly opening and closing all day and night. However, most electrical systems will assume that it is and block off that power from being used. This is done to avoid there not being enough power when the door is actually needed and prevents the breaker system from being overloaded. There is a simple but effective technology that resolves this issue called SmartPower. 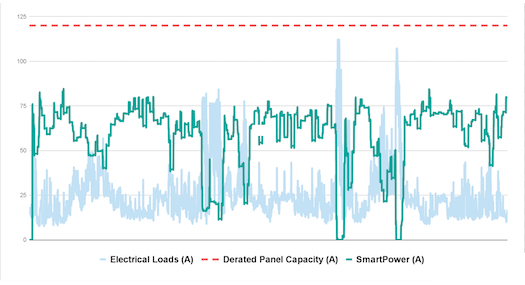 SmartPower gives the buildings electrical equipment more intelligence, allowing it to sense when and where power is needed and supply it. In the same example, when using SmartPower, if the garage door isn’t in use that 100A can be supplied to other equipment that is in use, like EV charging stations. When someone then needs the garage door to open that same system can adjust the EV chargers down freeing up that same 100 amps instantaneously to be used to open and close the garage door.

Now imagine that this system isn’t merely tied to a 100A garage door but is implemented throughout the entire building. Now huge reservoirs of unused power can be safely tapped into and allow multiple charging stations to be installed without worry. By leveraging SmartPower at the building level many of the key blockers to installing charging stations simply disappear.

SmartPower shouldn’t be solely reserved for large commercial and residential buildings though. It could also be used at an even more micro-scale on single-family homes. While this may seem like overkill, the same problems that affect large buildings also affect small homes. Neither one was designed to power a car.

While the single-family home won’t cost nearly as much to upgrade as a large commercial building, it’s still an added hidden cost to EV ownership that does nothing but hold the industry back. Imagine spending $35k on a brand new EV only to find out that adding a 240V plug is going to tack on a few thousand dollars in electrical upgrades. In fact, this same problem has popped up before with the advent of the clothes dryer and air conditioning. The solution was very simple but costly in upgrading to a larger breaker.

If we apply the same SmartPower system as in the commercial building we can avoid this cost altogether as the same principles apply. When you’re dryer turns on or the air conditioner starts running an intelligent system instantaneously instructs the EV charger to use less power until more is available, avoiding any potential concerns in overloading the breaker.

By adding in a small amount of intelligence to any electrical scenario many of the potential issues with adding EV chargers simply disappear.